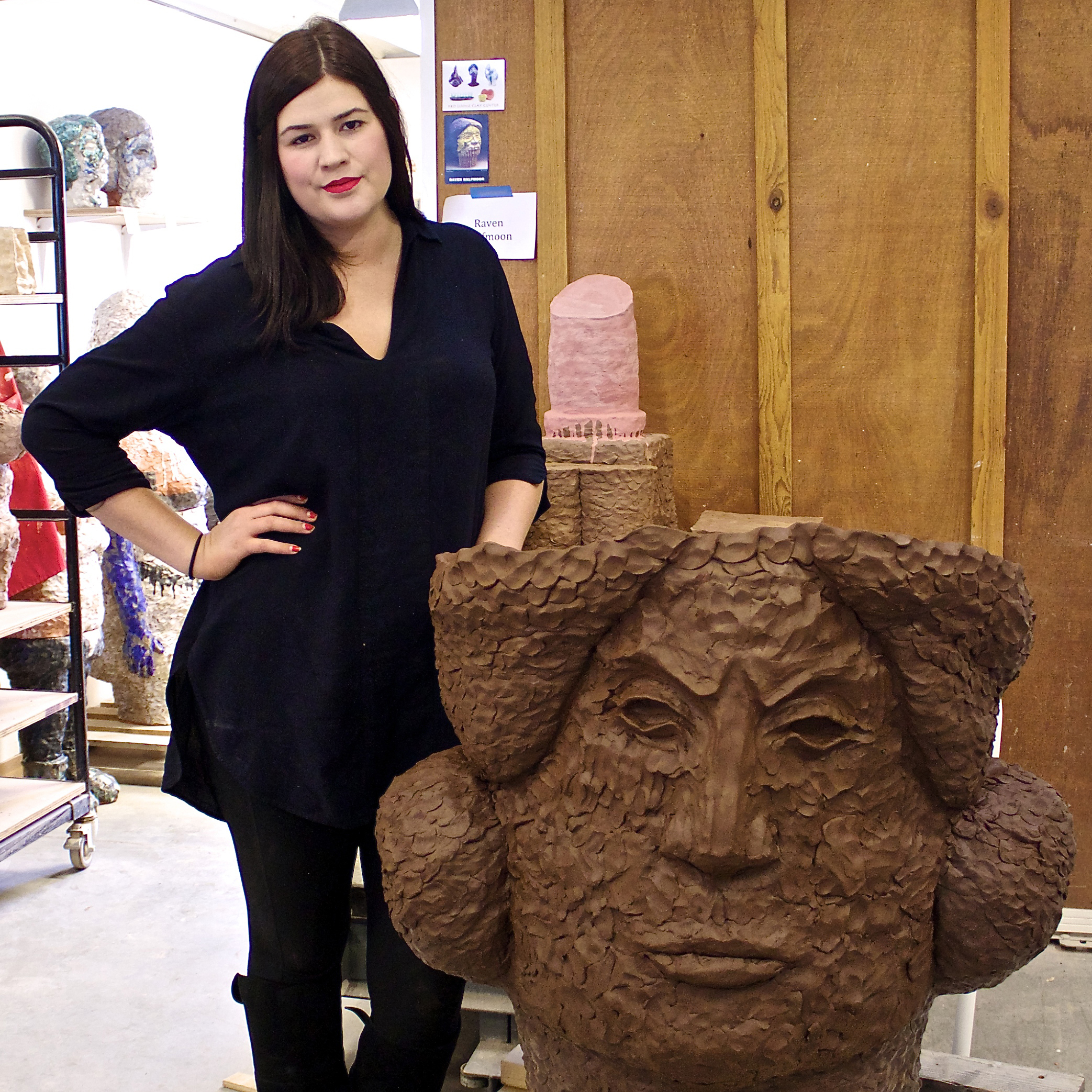 Most recently, Raven Halfmoon has focused on producing a body of work that is reflective of how she feels both as a woman and as a Native American living in the 21st Century. In her most recent collection of work, she illustrates how she feels about the ancient legacy of her Caddo tribal heritage, while at the same time acknowledging the modern day and age. In her work, she explores themes of “otherness”, cultural appropriation and history. She hopes to create awareness of and to address issues that move people who share a similar story.

In 2014, Raven received a BA in ceramics and painting and in art anthropology from the University of Arkansas. She has exhibited broadly in the United States and has completed residencies at the Center for Contemporary Ceramics in 2019; Haystack Mountain School of Craft in 2018; Anderson Ranch Arts Center in 2018; and the Red Lodge Clay Center in 2015 and 2017.