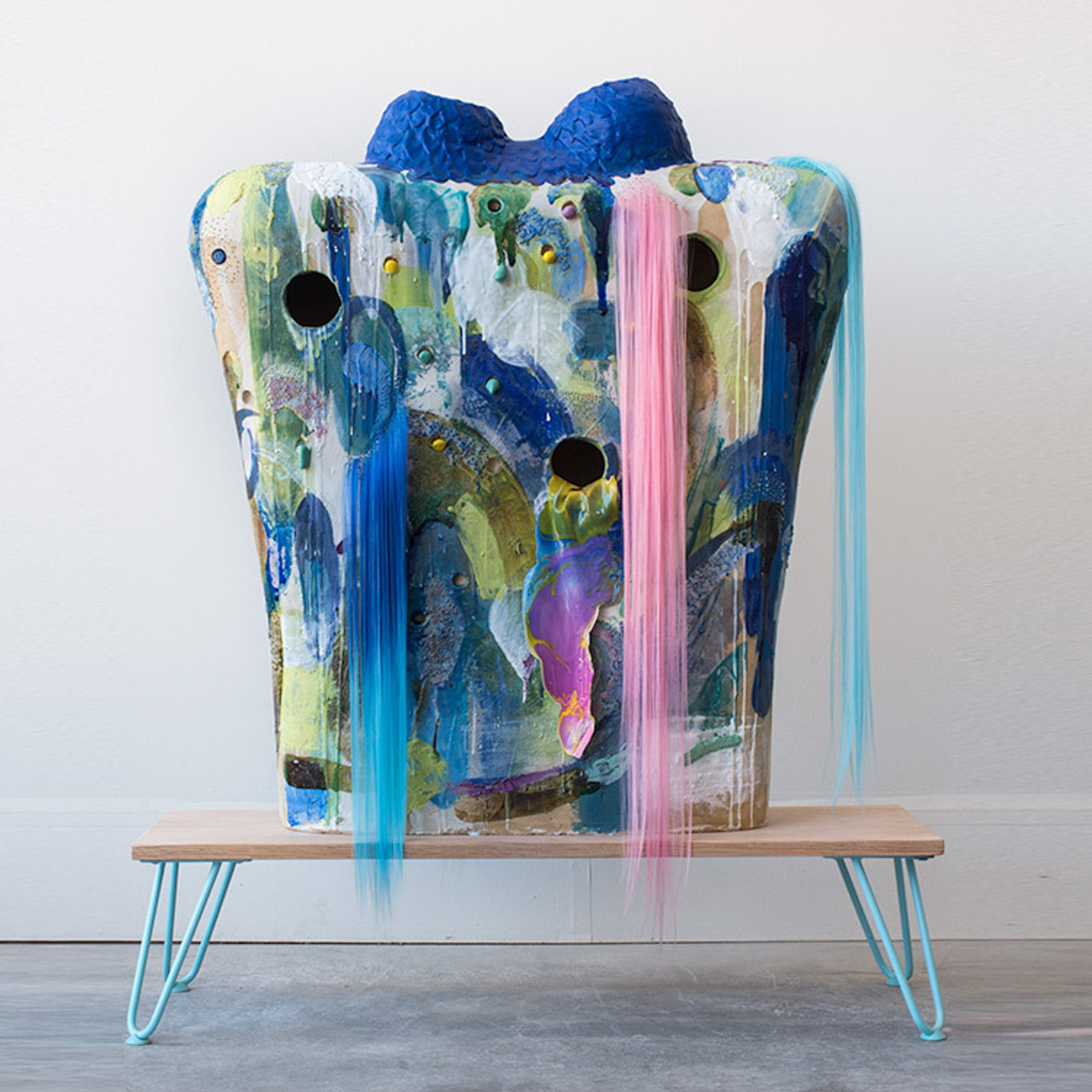 Ling Chun has a drive, a lust and a greed for color. She describes her ceramic forms as “playgrounds for glaze”, and she likes to challenge the rules and roles of ceramics as a material by disassociating the material from its stereotypical or culturally accepted uses. Removing still-hot pieces from the kiln, Ling applies liquid glazes to the surface creating a sizzling sound and a haze of steam until the glaze sticks. Hers is an intuitive process—over multiple firings and layers of glazes, her work is born of the spontaneous dripping, sliding, running, climbing and crawling that occurs. Finally, Ling adds hair to her finished pieces, which she sees as an extension of the glaze and signifies a progression and change in how the material is viewed.

Ling Chun was born in Hong Kong, a society that is built upon a hybrid system of Western and Eastern mores. A foreign exchange program brought her to the US at the age of seventeen. She then earned her BFA in visual communication design and ceramics from the School of the Art Institute of Chicago in 2012. She has been an artist in residence at Seward Park Clay Studio in Seattle, Washington, and a summer artist resident at Arquetopia in Puebla, Mexico. Most recently Ling received her MFA in ceramics from the Rhode Island School of Design before moving to Helena where she is the 2016-2017 Matsutani Fellow at the Archie Bray Foundation.

To see more work by Ling visit her website at whoisherry.com.