Katriona (Katy) Drijber, pattern-making and pattern-finding seem to be inherent human compulsions. She believes that pattern can be beautiful and 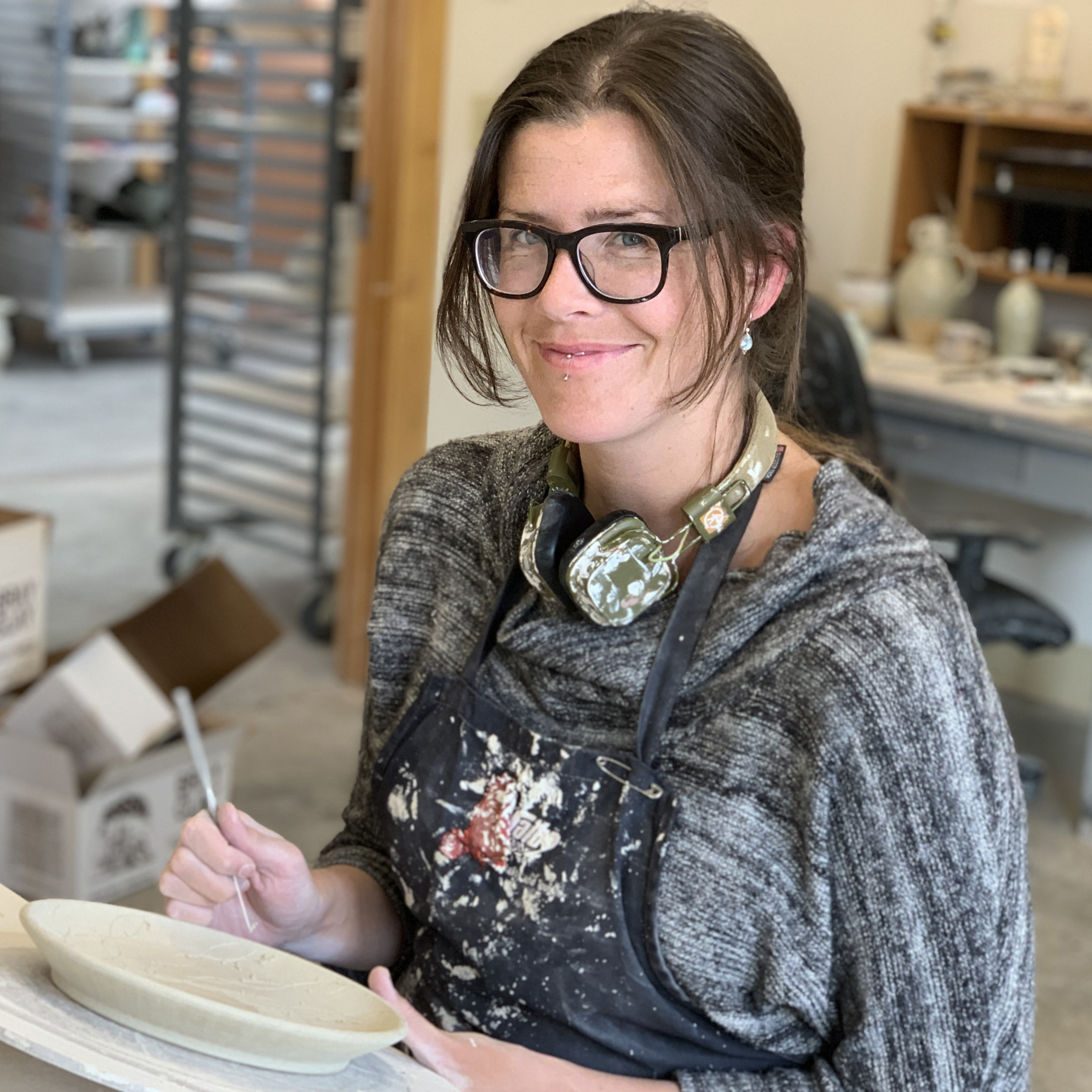 seductive as well as an attempt by humans to control and make sense of the natural world. Katy covers the surfaces of her functional pots with pattern and creates installations of repeating decorative motifs using modular ceramic tiles, ultimately exploring the point at which what people know and what they think they know begins to break down. Through the manipulation of kiln atmosphere, she melts and erodes the perfect patterns she has worked to construct, introducing elements of the unknown and unpredictable onto intimate objects at the core of domestic human life—functional pots.

Before receiving her MFA in ceramics from Utah State University in 2019, Katy earned her BFA at the Alberta College of Art and Design in 2014 and a diploma in studio ceramics from the Kootenay School of Arts at Selkirk College, Nelson, BC, in 2006. She studied abroad at the Pottery workshop in Jingdezhen, China in 2017 and has exhibited nationally and internationally. She returns to the Bray after having been a summer resident in 2014
.