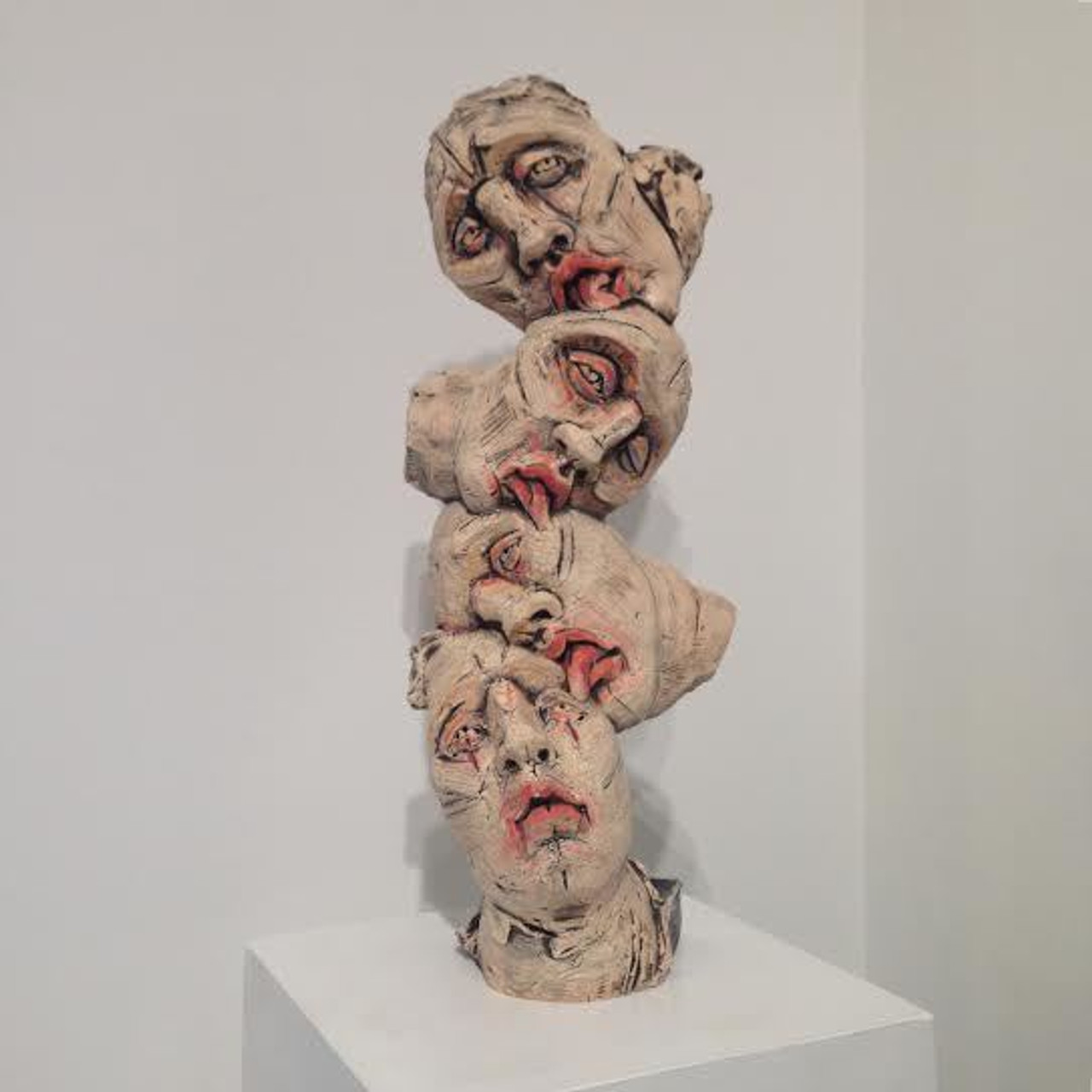 Chris Riccardo’s work is a direct physical manifestation of his inner thoughts and moral struggles. Regularly you will find a self-portrait of Chris within his works. After working as a summer resident at the Bray in 2012, Chris realized that in order to push his work he would have to make some major changes in his life. In 2014, he decided to move to Helena with his wife and family and help start up Studio 740. This fall he was offered a long-term fellowship position at the Bray and is looking forward to having the time in his studio to take chances with his work, potentially experimenting with new ideas and forms beyond his present figurative work, drawing inspiration from the Montana landscape.

Chris Riccardo received his BFA from Boston University in 1990. Chris served as the sculpture department chair and foundry director at the Armory Art Center in Florida from 1998 to 2014 before moving his wife and family to Montana to participate in Studio 740. Chris was a summer resident in 2012 and returned as the 2015–2016 Speyer Fellow. He is a 2016–2017 Windgate Fellow.

“My process begins with a thought, a vision, a look, a trigger that draws me to the clay. Gone are the days of exhaustive preliminary sketches and maquettes, I simply visualize how I want the clay to look and begin to throw it into a solid mass. Slowly and painstakingly I begin to build and tear at the surface, gradually making aesthetic changes as I see fit. My glaze surfaces are scared and busy, random but precise. Once I feel that I have nothing else to offer the clay, I begin the task of tearing down the piece, gutting the sections, reattaching and preparing for firing.”—Riccardo

To see more work by Chris visit his website at chrisriccardo.com.