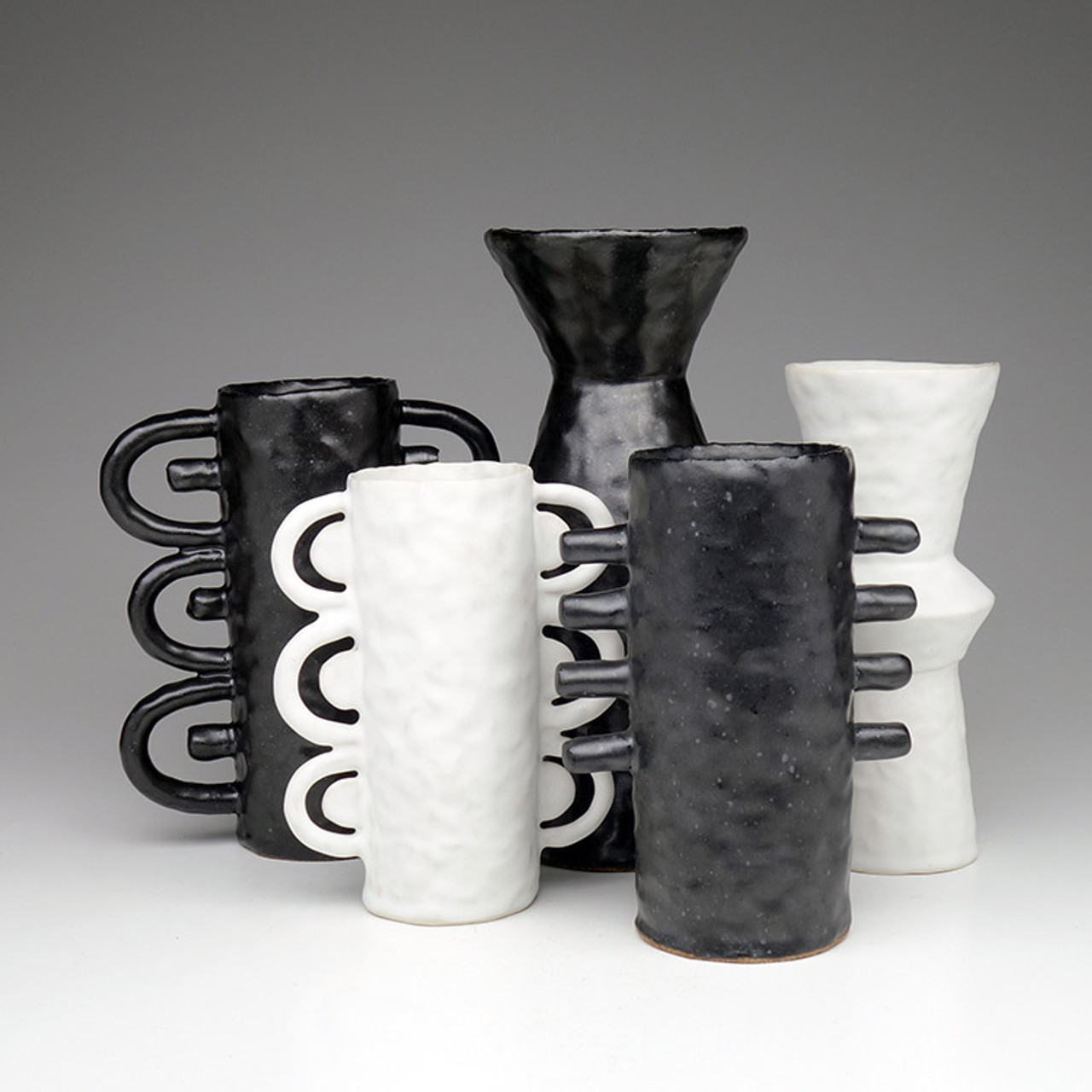 Giselle Hicks’ current work is inspired by decorative textiles and patterns found within the domestic realm, such as quilts, bedding, wallpaper and embroidered tapestries. She uses slip casting as her primary process to make the forms look soft and pliable and inviting to touch.

Giselle received her BFA from Syracuse University in New York in 2001 and her MFA from New York State College of Ceramics at Alfred University in 2010. She has been a resident artist at Anderson Ranch in Colorado and the Arts/ Industry Program at the Kohler Arts Center in Wisconsin. Giselle was a summer resident in 2011 and returned as the 2012-2013 Lilian Fellow and 2013-2014 Windgate Fellow.

To see more work of Giselle's visit her website at gisellehicks.com.