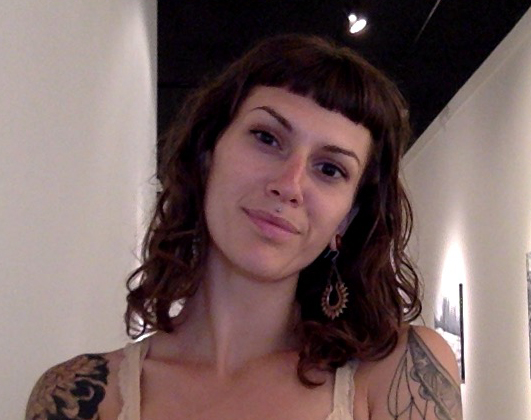 There is a long-standing relationship between humans and the objects we create, specifically those objects crafted in our own image. Kelly McLaughlin is specifically interested in the complexities within our desire, as people, to rationalize our existence through myth, religion and symbols. Kelly’s focus is on the psychology behind belief itself, and how these beliefs manifest within our culture, which includes ideas of religion, morality, mental health and class. Kelly works at a life-size scale in clay, encouraging her audience to explore the space between themselves and her pieces on a one to one ratio. The physicality and scale of her practice compliments how she engages in the world within all other facets of her life.

Originally from California, Kelly McLaughlin grew up in the Pacific Northwest where she received her bachelor’s degree in Fine Art from Pacific Lutheran University in Tacoma, WA. She then completed a Post Baccalaureate program at the University of Alaska, Anchorage and has recently received her master’s degree in Ceramics from Ohio University. Her work has been showcased all over the United States and can be found in private collections in Washington, Virginia, and Ohio.

To view more work by Kelly visit her website at valkyrie-art.com.