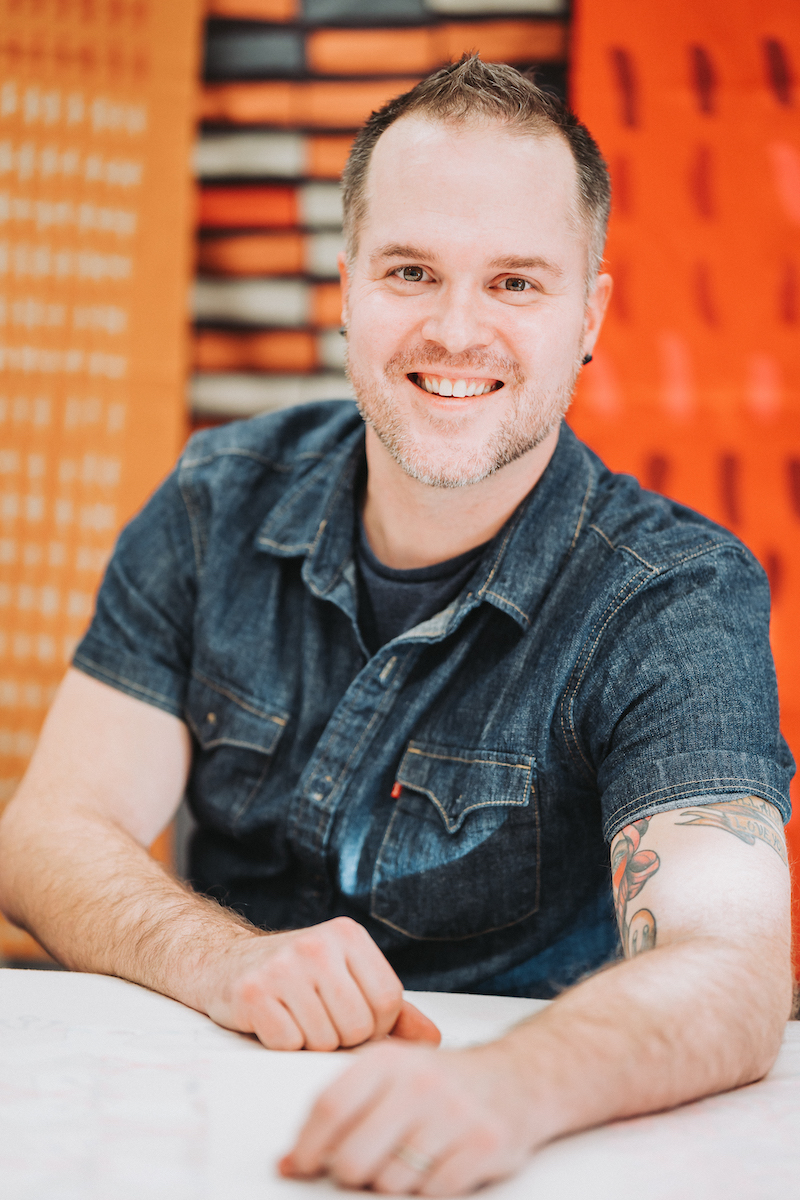 Jason Bige Burnett’s artwork is a desire . . . a desire to spark wonder and joy pulled straight from the crayon colors of children’s drawings and Saturday morning cartoons . . . a desire for the nostalgia of summer camp cheers and military school cadences . . . a desire to exist in a world in which drag queen’s influence larger-than-life aesthetics beyond sparkly eyeshadow and shiny lips. He believes that common utilitarian and decorative objects can contain such overwhelming desire and he imbues them with such energy through explosive patterns, emotional narrative, bold lines and illustrative colors. He hopes that these designs ignite the conscious and subconscious self through daily ritual and reflection.

Jason earned his BFA in ceramics, a BA in printmaking and a BA in graphic design from Western Kentucky University in 2009. Since then, he has taught and exhibited across the United States and was a co-creator and coordinator of the Arrowmont Pentaculum at the Arrowmont School of Arts and Crafts. He has completed residencies at Pocosin Arts in 2019; Belger Arts Center in 2018; Penland School of Crafts 2009-2010 and 2017; and Arrowmont School of Arts and Crafts, 2013-2013. Jason is also the author of Graphic Clay: Ceramic Surfaces & Printed Image Transfer Techniques. In 2013, Jason was named an Emerging Artist by Ceramics Monthly magazine.