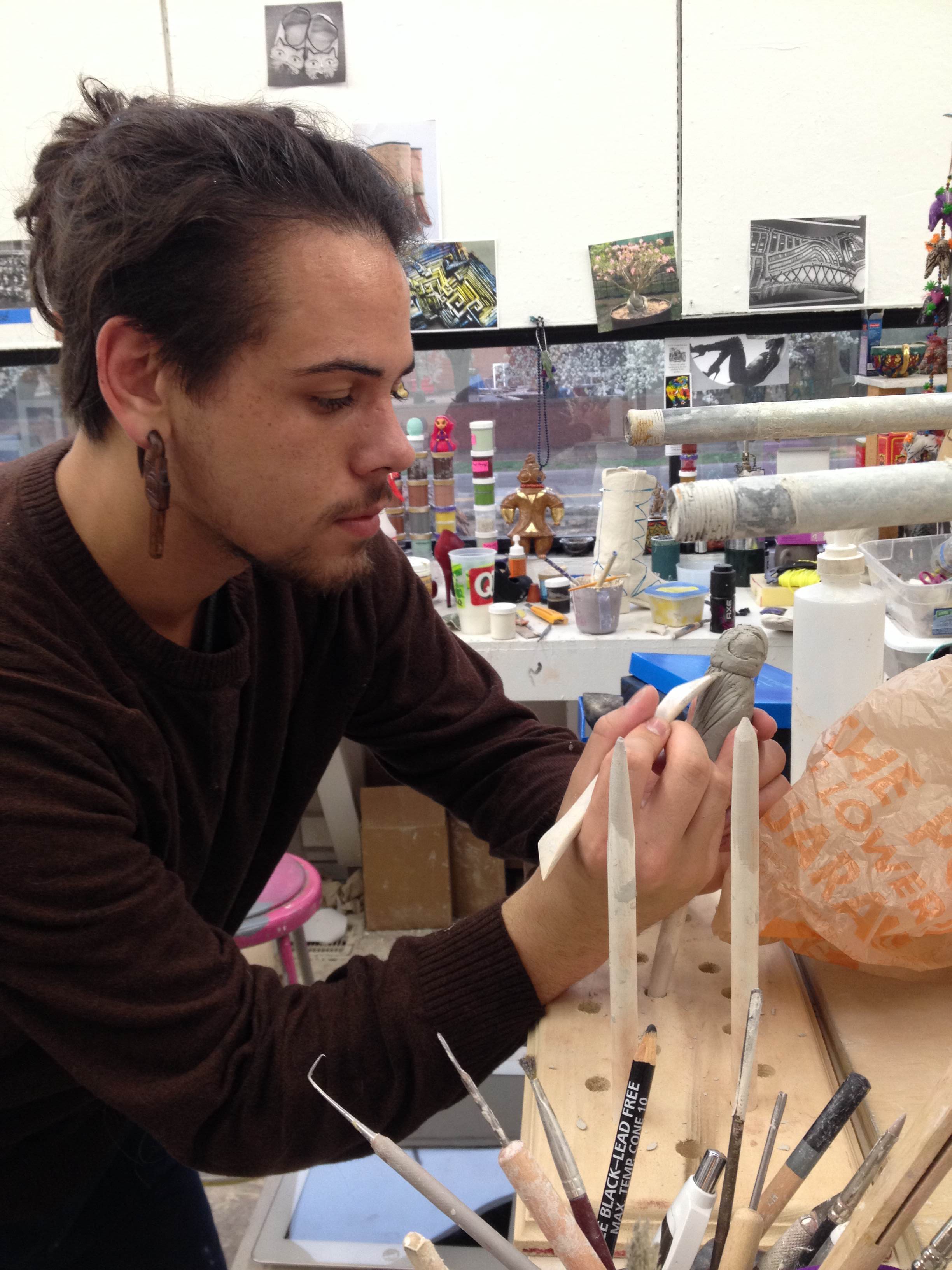 With a rural upbringing, Chase Travaille’s exposure to extreme urban wealth inspired him to commemorate his personal history through his work—gloves, slingshots, the invasive Kudzu, and tools for labor are suspended in a state of disbelief that questions social class, sexuality and material impossibility. He renders ceramic objects that are emblematic and characteristic of Southern Gothic literature. Dark humor, transgressive thoughts, desires and impulses are evoked by articulated objects that reference countryside motifs.

Chase earned his MFA from the New York State College of Ceramics at Alfred University in 2019, having previously completed a post-baccalaureate program at the University of Arkansas in 2017 and having received his BFA from the Kansas City Art Institute in 2015. He has taught and exhibited nationally and internationally.