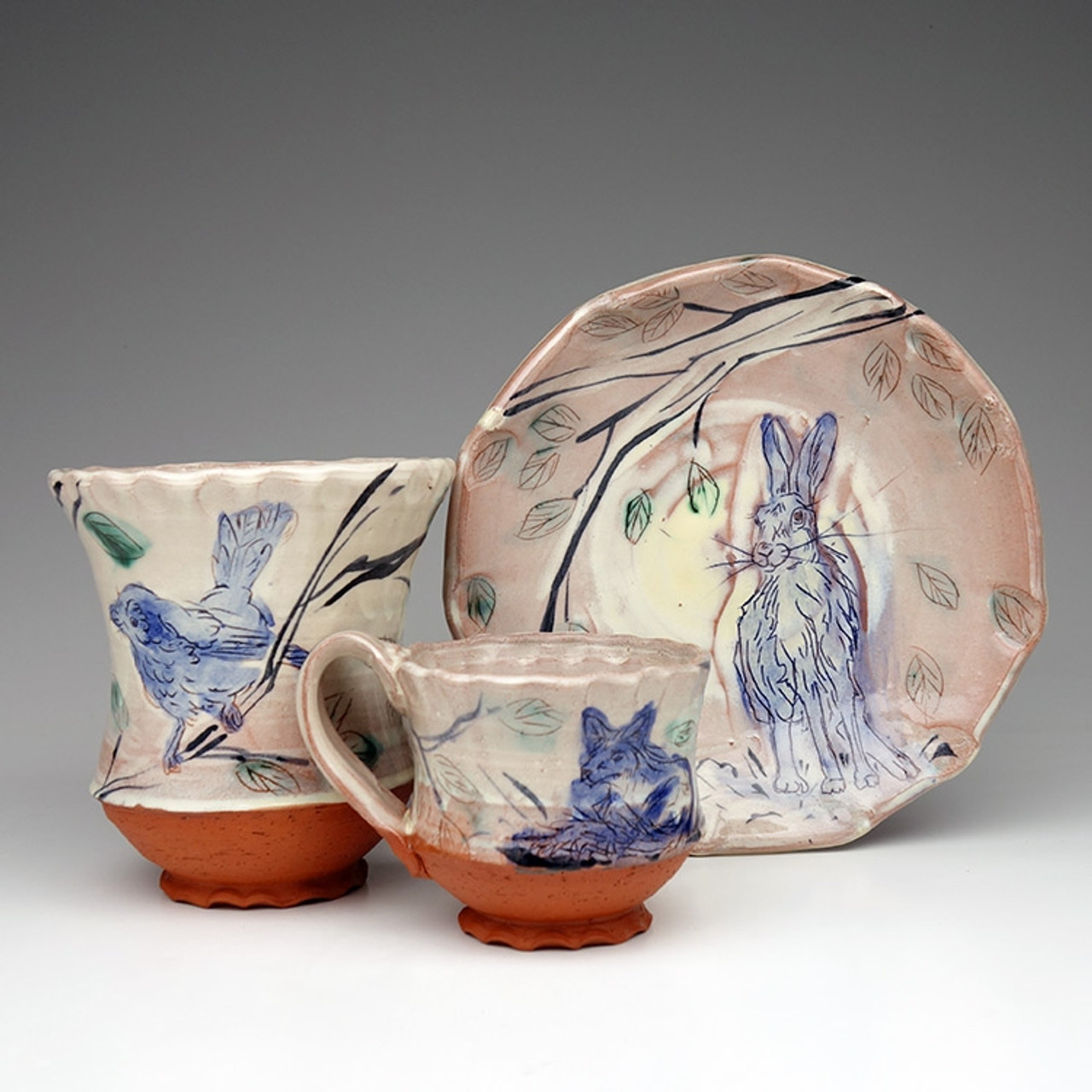 Mel Griffin received her MFA from the University of Minnesota in 2011 and her BA in 2001 from Carleton College in Northfield, Minnesota. For several years, she worked in the outdoor industry as an educator and guide, traveling and leading trips all over the United States and South America. In 2003, she began her artistic career, working as an apprentice for potters Doug Browe and Jan Hoyman in Ukiah, California. She has since been a resident artist at Medalta International in Alberta, Canada, a visiting professor at Saint John’s University in Collegeville, Minnesota, and won the 2011 Leap Award from the Society of Contemporary Craft in Pittsburgh, Pennsylvania. In 2010, Mel was a summer resident at the Bray and received the Bray’s Sage Scholarship. She returned in 2012 as the 2012-2013 Taunt Fellow and a 2013-2014 Windgate Fellow.