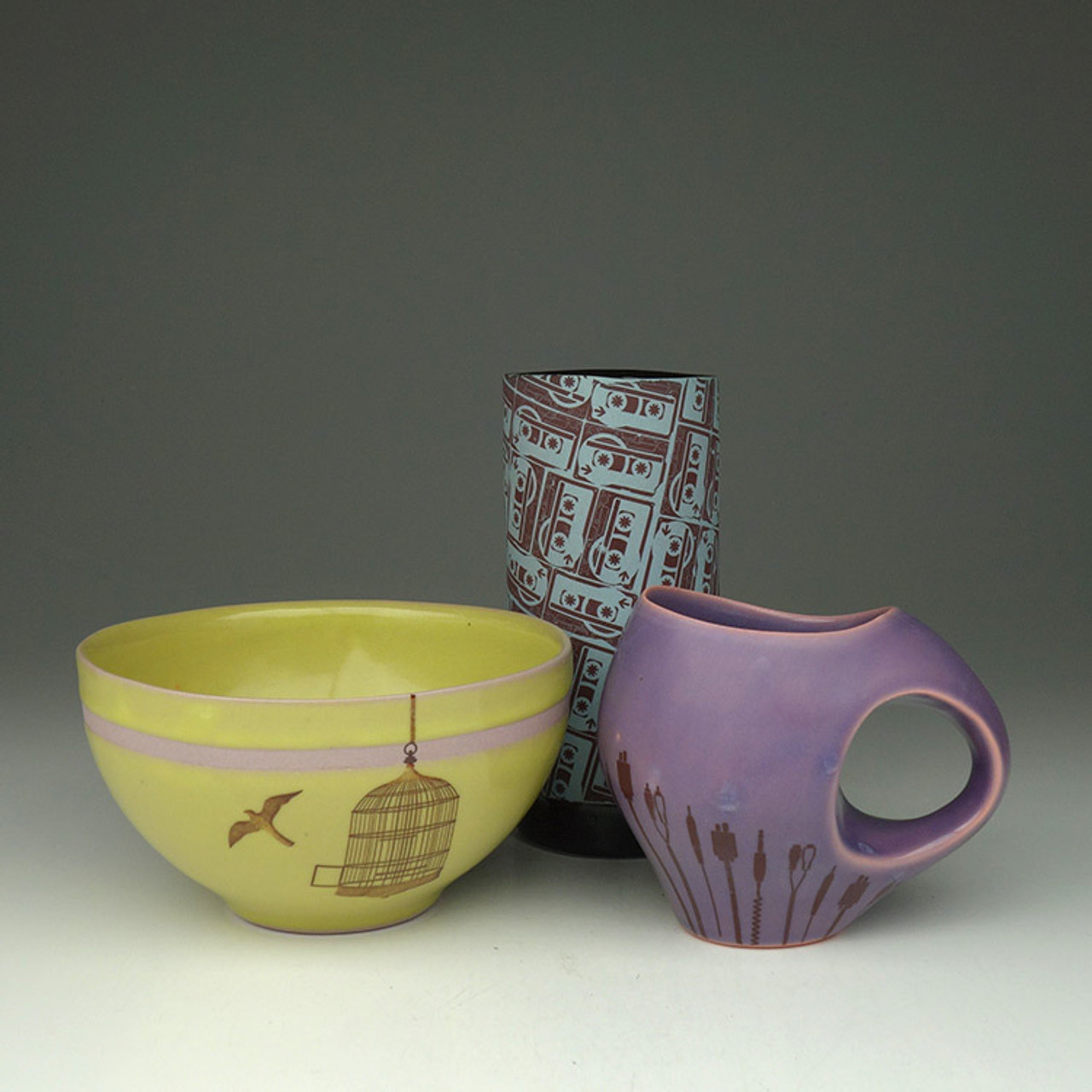 Andrew Gilliatt's highly designed functional work is slip cast in a variety of colors and adorned with intricate patterns of custom decals. Andrew strives to make pots that are a reflection of the people, places and experiences he knows and loves.

Andrew grew up in Virginia Beach, Virginia. He graduated with a BFA in graphic design from Virginia Tech in Blacksburg in 2003. Later, he was a resident artist at Red Star Studios in Kansas City, Missouri. Andrew received his MFA in ceramics from Louisiana State University in Baton Rouge in 2011. Andrew was the Summer Sage Scholar at the Bray in 2011 and returned as the 2012-2013 Speyer Fellow and 2013-2014 Windgate Fellow.

To see more work of Andrew's visit his website at www.andrewgilliatt.com.